Lungs and the Respiratory System 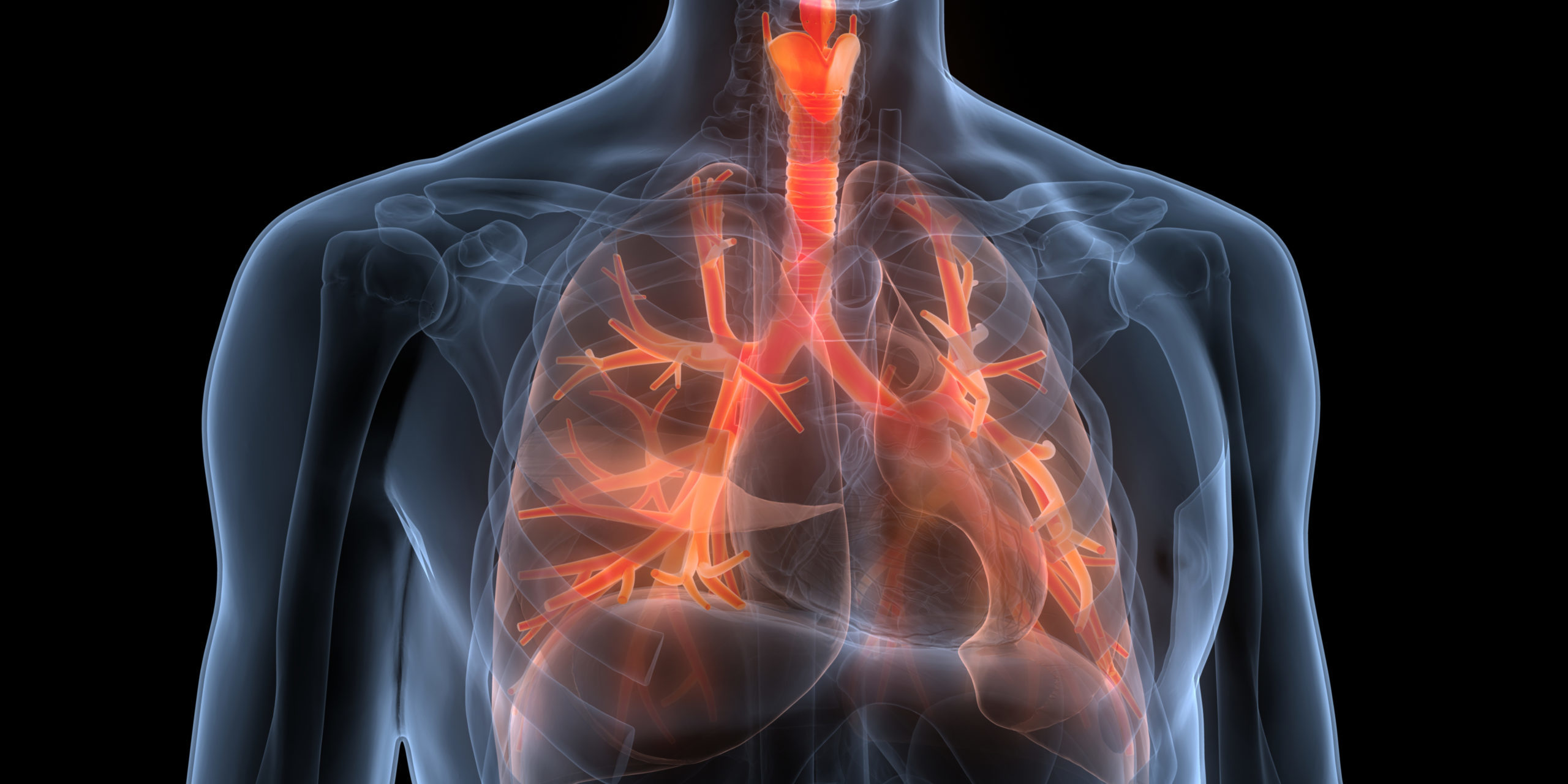 Lungs are very important since every cell in our body needs oxygen to function. Oxygen is inhaled into your lungs and then moves throughout your body via the bloodstream. Carbon dioxide is then expelled from your body when you breathe out.

The respiratory system also performs other vital roles in your body, such as moisturizing the air you breathe to be the right temperature and humidity level. It also acts as a filter to protect you from harmful substances through sneezing, coughing and swallowing. Let us break down what the respiratory system is and what it does. 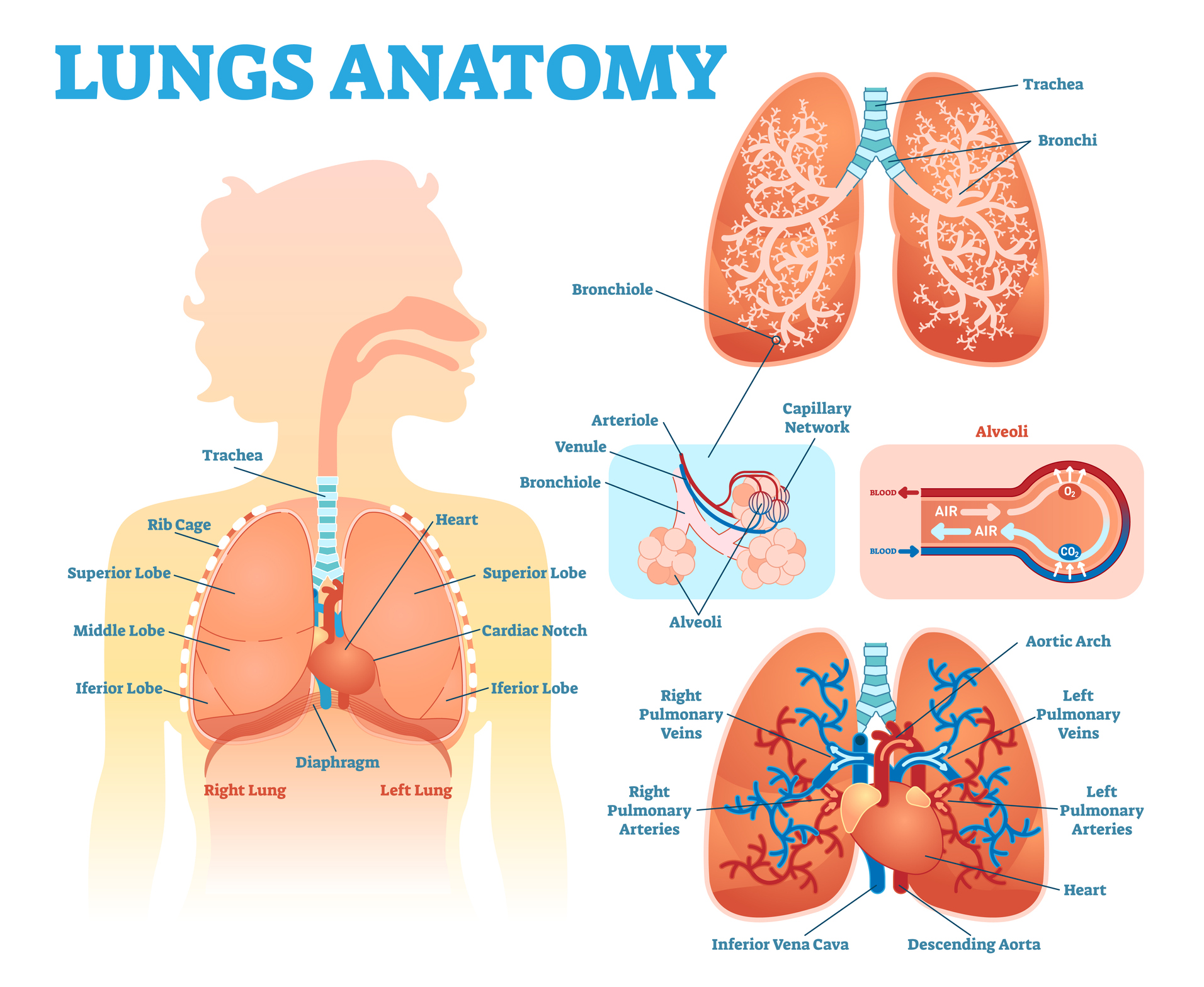 Diagram of the Respiratory System

The nose is the main entryway for air into the body. Your nose hairs act as a filter to stop particles that should not enter your body. The mouth is an alternate entryway, especially when the nose is blocked or you are breathing heavily, like during a workout.

The sinuses, or hollow spaces located around the eyes and nose, fill with air and are responsible for regulating the temperature of the air you inhale, as well as humidity.

Inhaled air collects in your throat, which then passes through your windpipe, or trachea. The windpipe splits into 2 separate airways called bronchial tubes— one located in each lung. These 2 bronchial tubes split again into the 5 different lobes in your lungs. Openings in bronchial tubes are supported by cartilage, which is a thick tissue. The end of the tubes split further into bronchioles.

Lining the bronchial tubes are cilia, which are tiny hairs that move mucus out to your throat.

At the end of the bronchioles, there are air sacs, or alveoli. Gas exchange occurs in these tiny air sacs, and according to National Heart, Lung, and Blood Institute, your lungs have around 150 million of them. The air sacs are elastic, so they can expand and contract, allowing them to take in oxygen and expel carbon dioxide.

Capillaries are blood vessels located in the walls of the air sacs. Blood with carbon dioxide is pumped from the right ventricle through the pulmonary artery to the air sacs where the carbon dioxide is released into the lungs. Simultaneously, oxygen from the air within the air sacs diffuses into capillaries that are connected to the pulmonary vein which brings oxygenated blood to the left atrium of the heart to later be pumped throughout the body.

The right lung has 3 different sections called lobes, and the left lung has 2. The lobes contain sponge-like tissue, and it travels through the bronchial tubes in and out of the lobes. The pleura is a pair of membranes around each lobe and acts as a lining between your chest wall and lungs.

The diaphragm is a large muscle that separates your abdominal cavity and your chest cavity. It plays a major role in the inflation of the lungs.

Ribs are the bones protecting everything in your chest cavity. They also help the lungs with expansion and contraction.

Go to Top
We use cookies to ensure that we give you the best experience on our website. If you continue to use this site we will assume that you are happy with it.Accept